After getting the measurements for the roofing project, we went to a Bible study in Orlando. Then headed south and found a Wal-Mart to camp in. We had heard about a place south of Kissimmee called “Wild Florida” that had free admission until the end of the year, so we decided since we were already in Orlando we should visit it. They had lots of alligators of all sizes, many kinds of birds, snakes, a petting zoo, etc. They also do airboat rides, but those cost a LOT, so we skipped that. Here are some pictures from the day.

Alligator feeding – there is a piece of chicken on the rope and the gators will jump up to pull it off.

NOT what you want to see if you are swimming! 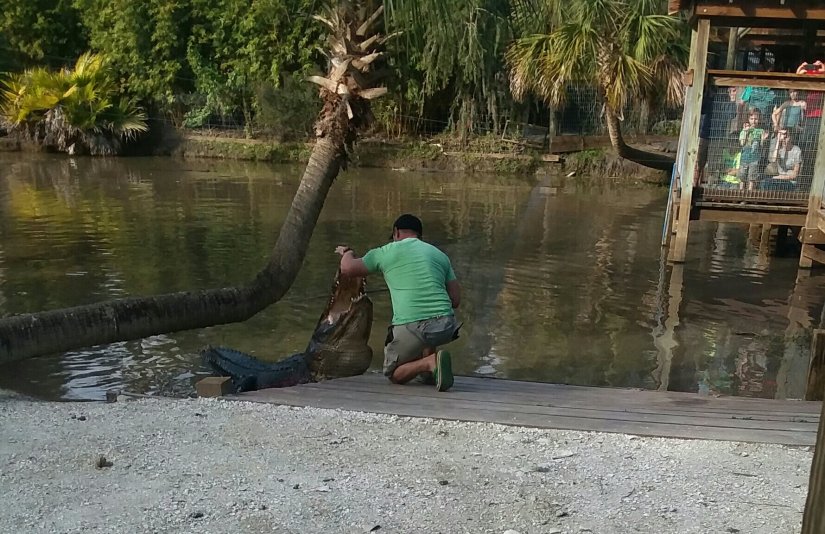 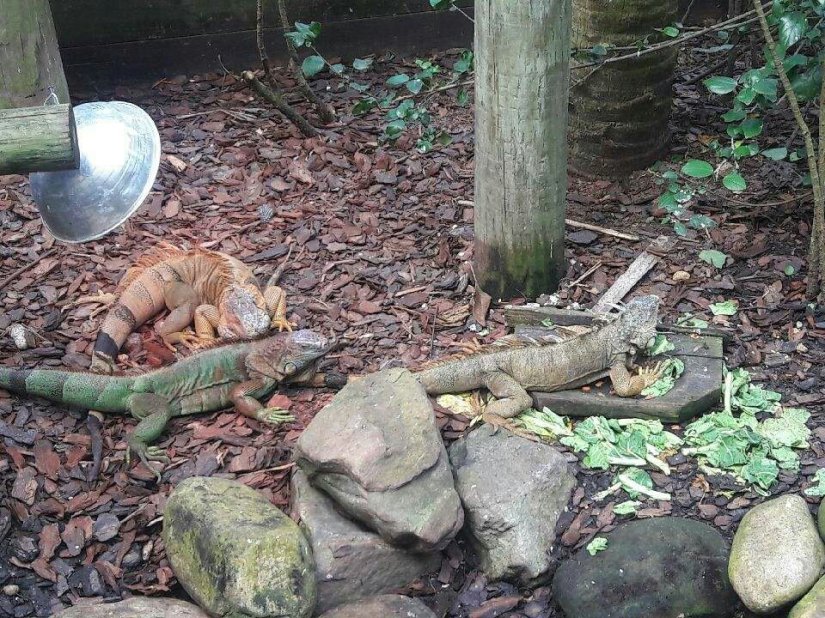 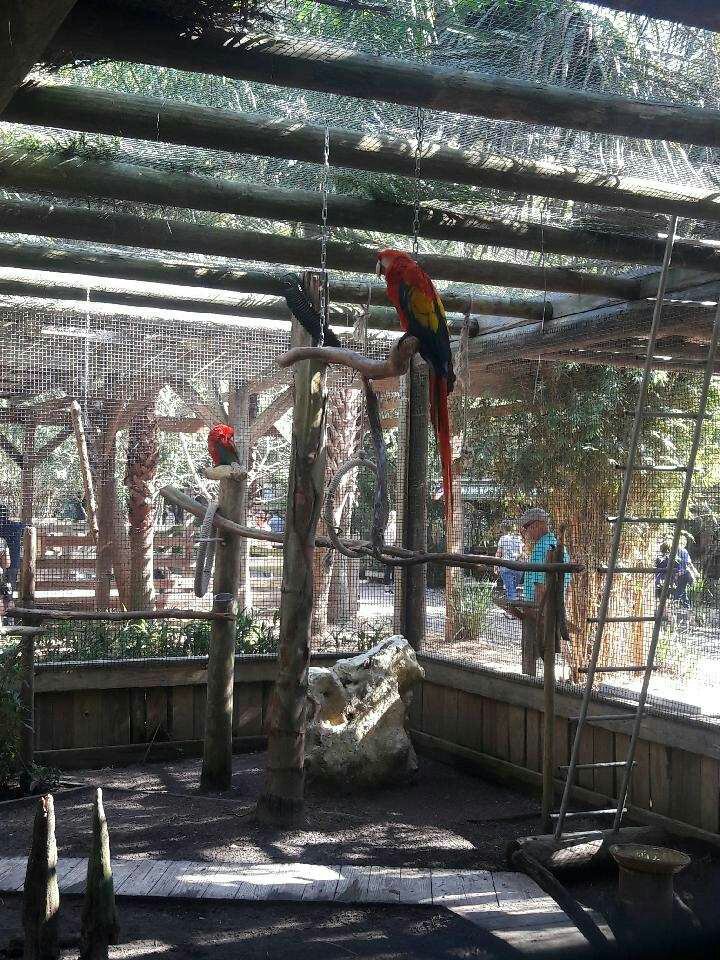 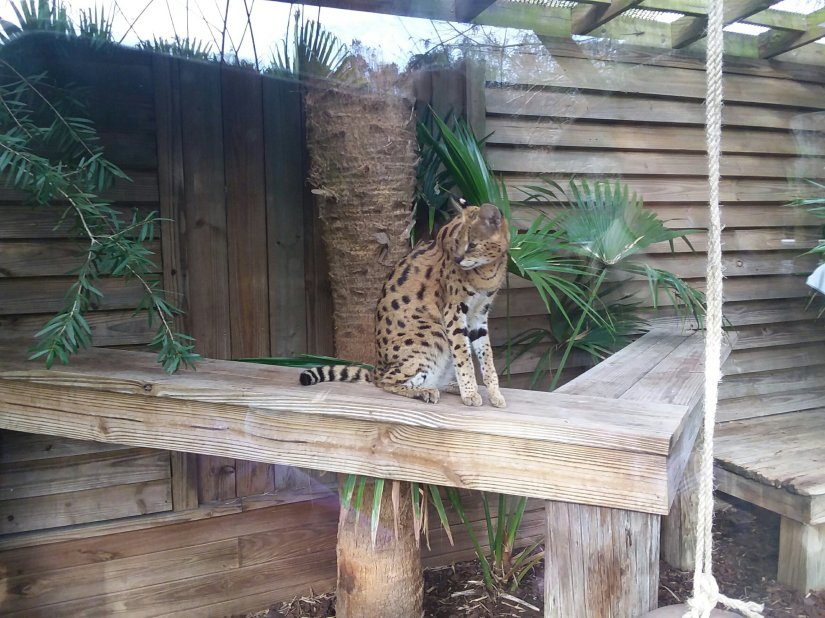 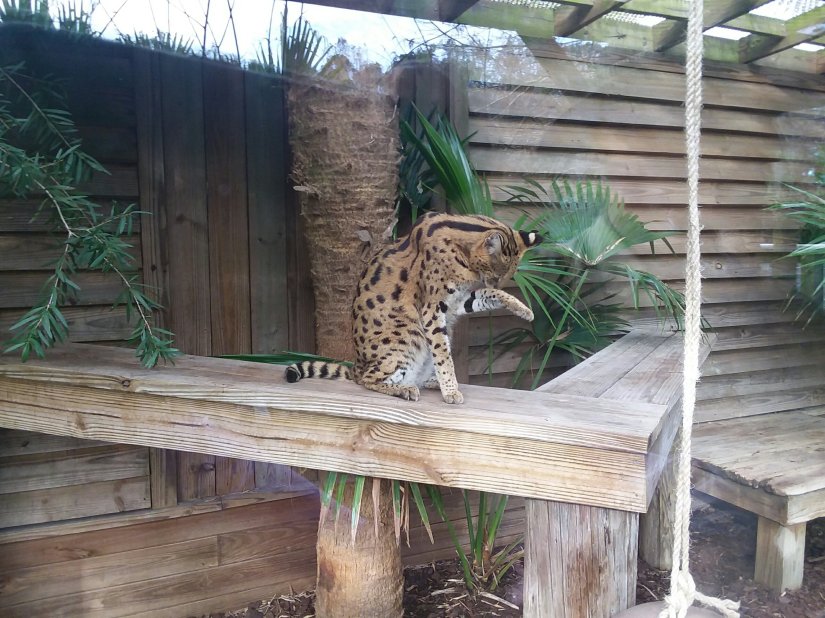 This little lemur was camera shy and would hide his face when you pointed the camera at him, so this was the best I got of him. 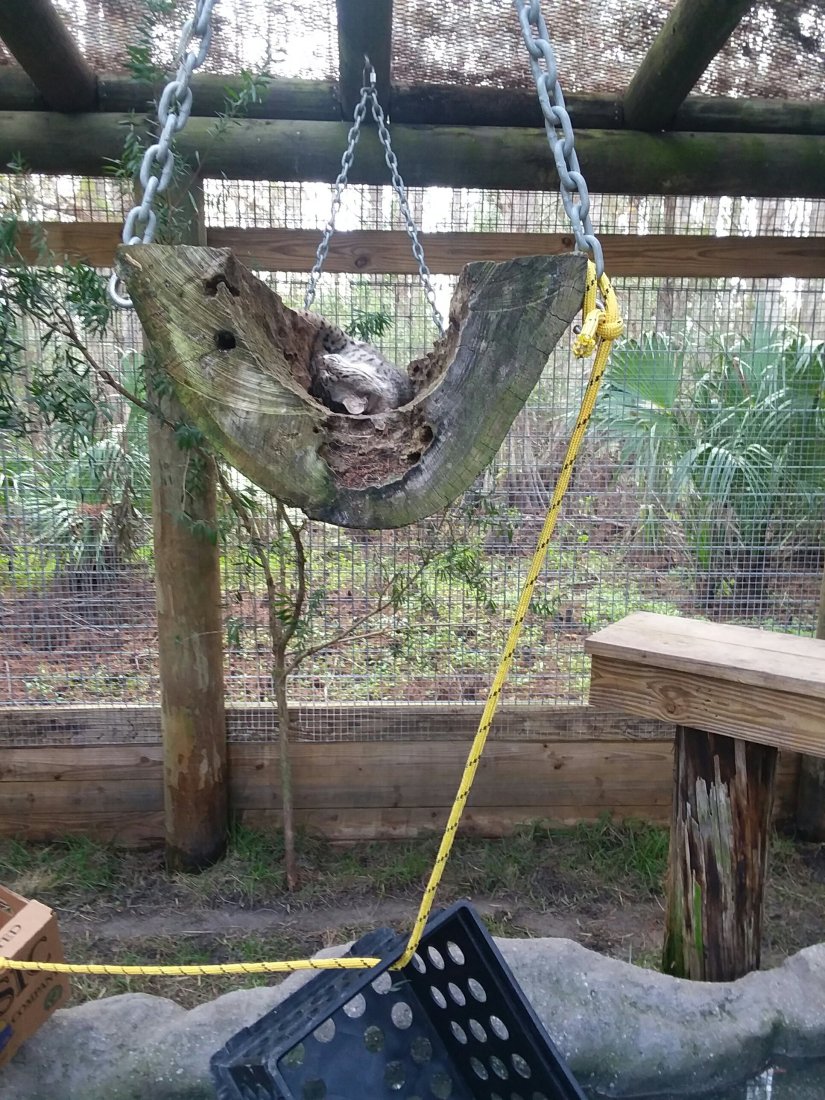 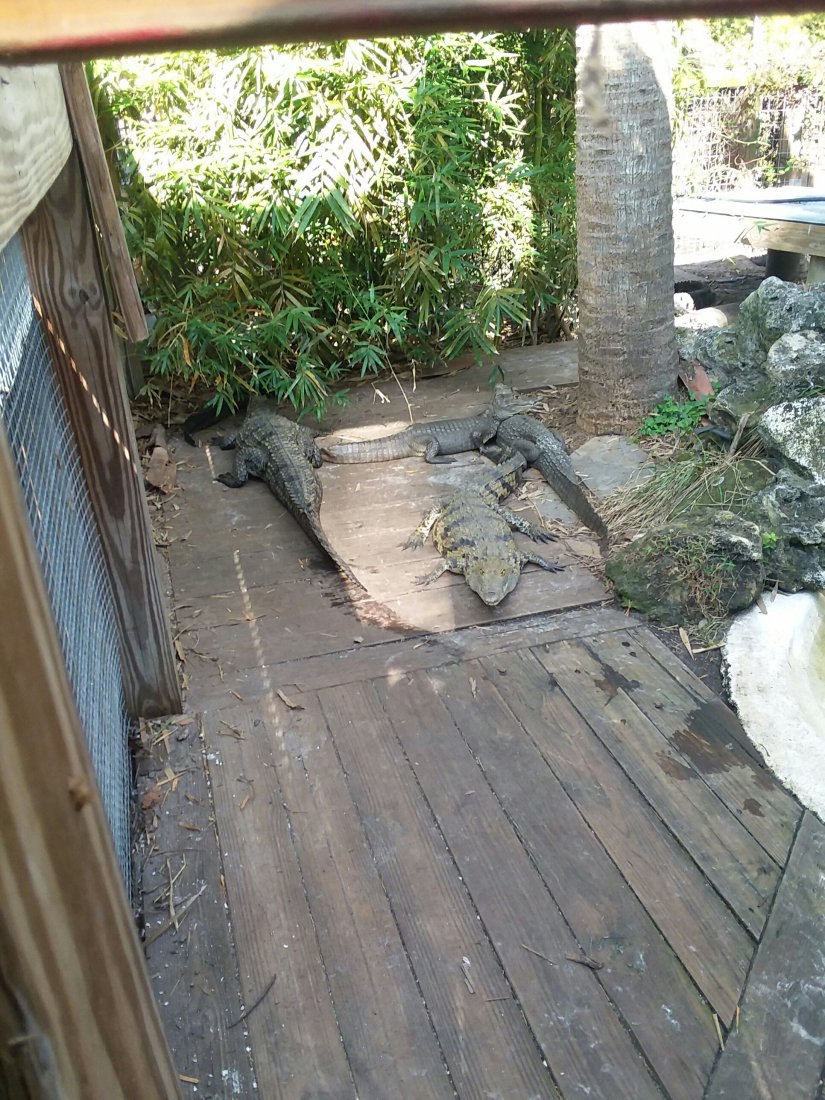 The girls got to hold a little 3-4 foot gator, but they don’t let you take pictures (they want you to buy them). 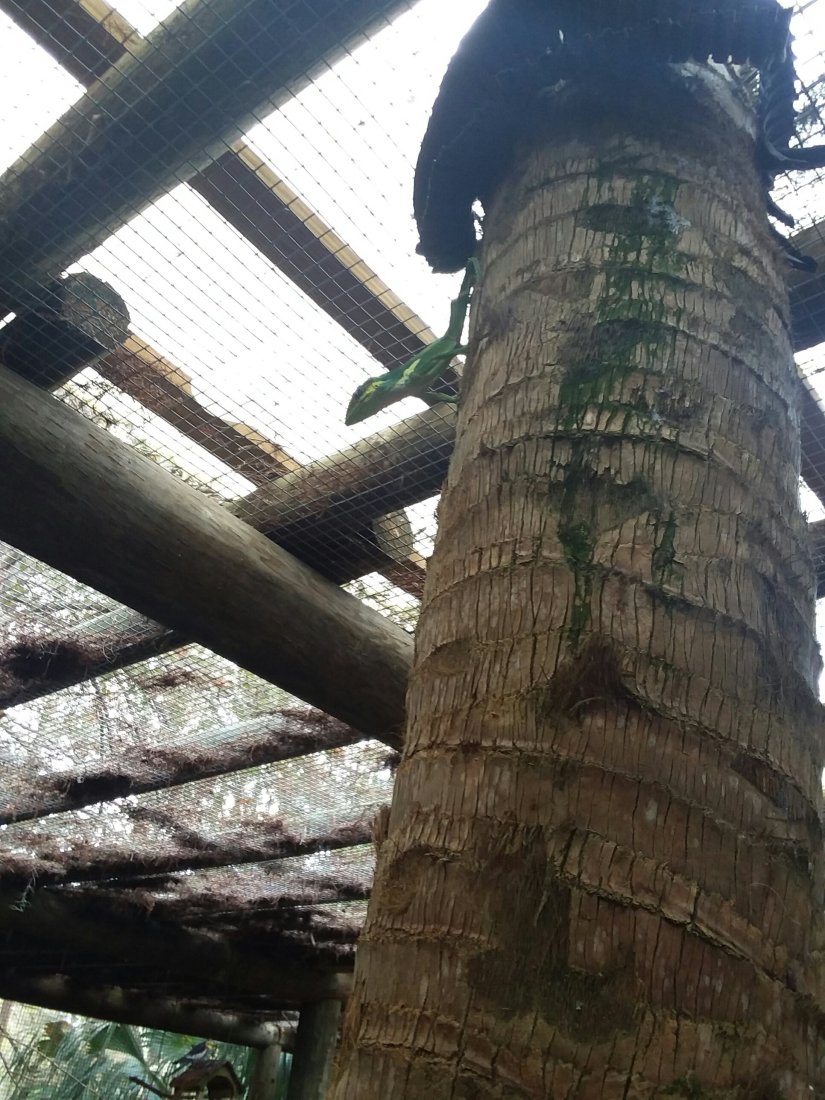 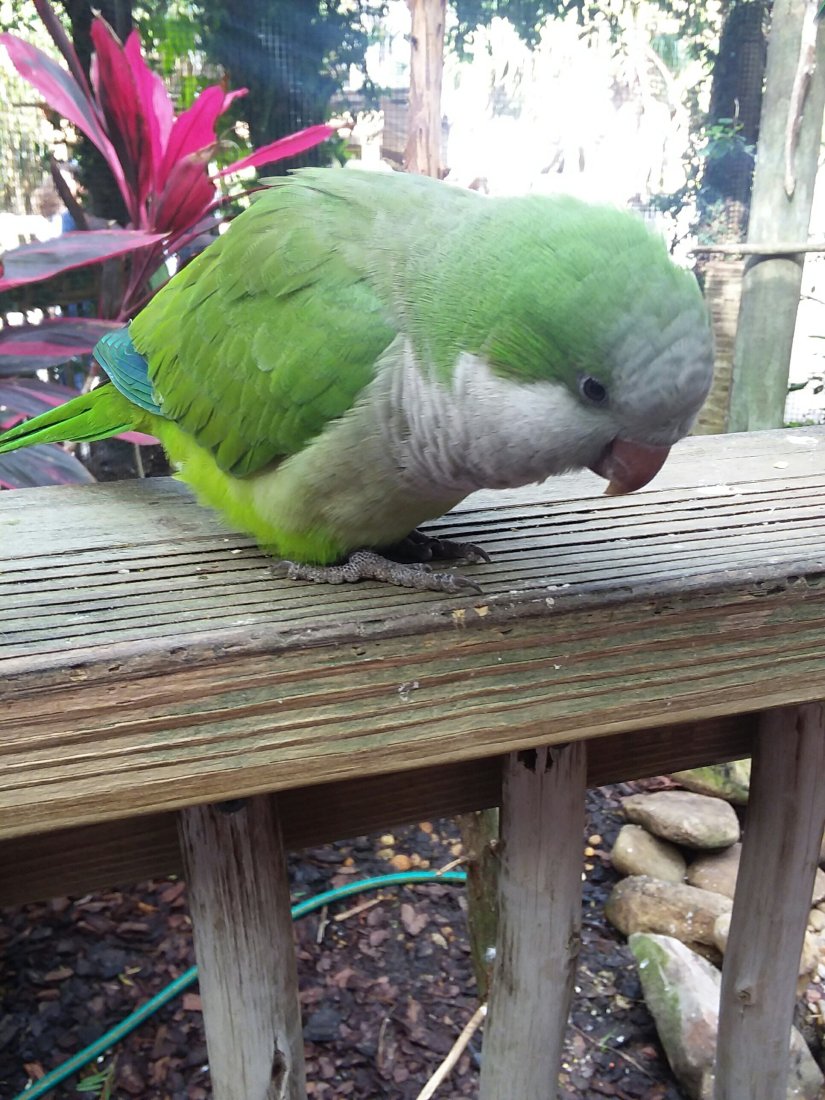 We were able to hand a few tracts out and the girls wanted to give some to the kids they were playing with on the playground. 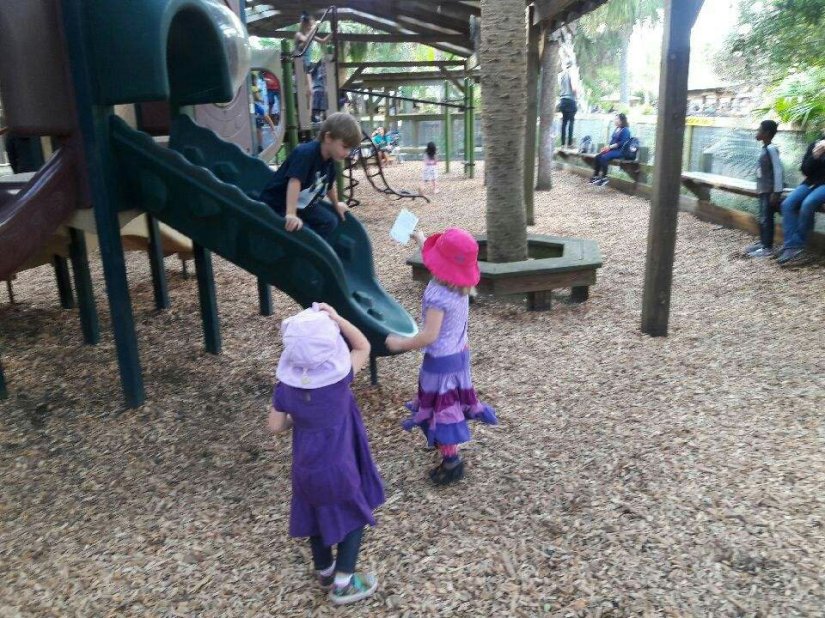 I’m glad we could enjoy this place! 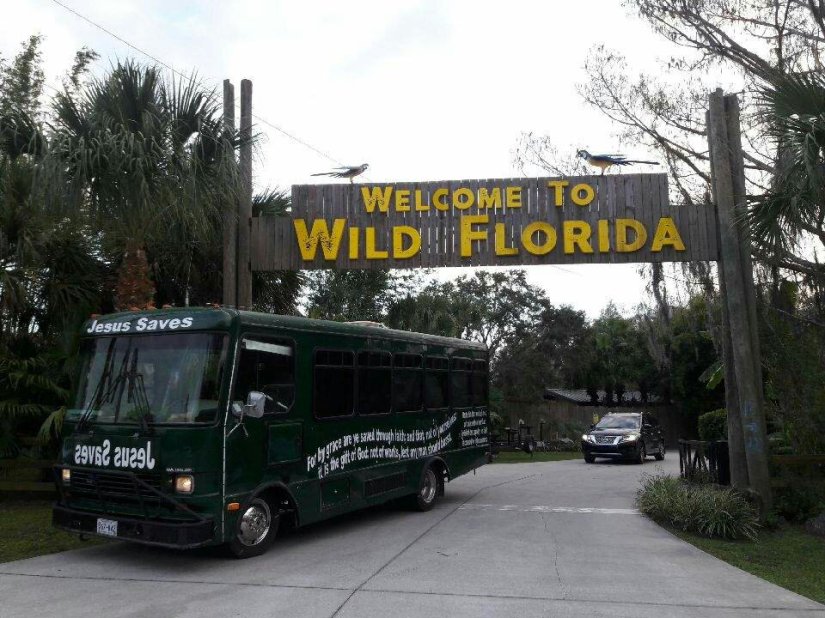 After we left, we stopped at a friend’s place in Kissimmee to get info on what it would cost to put a metal roof on one of their buildings.

At Trader Joe’s a man asked about Billy’s roadkill fox hat and he was able to use the joke and witness to him.